Evolving Leadership: From Command-and-Control to Engage-and-Align 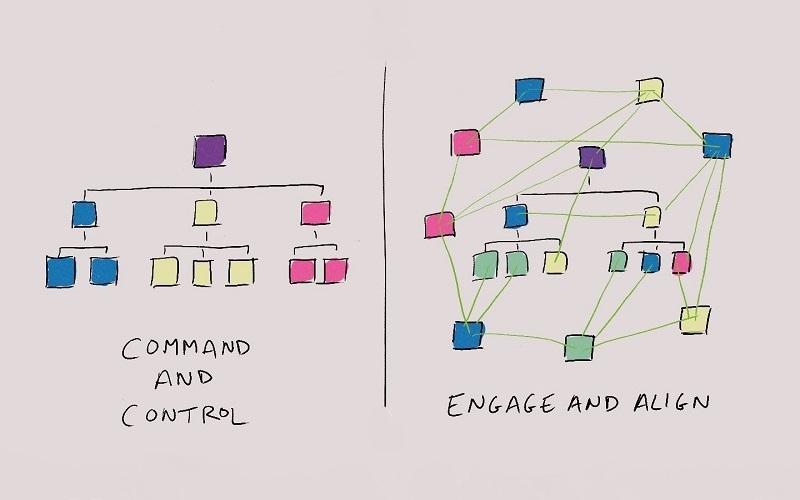 Our age of disruption demands an evolution in leadership. Big change is underway across our economy—it’s hard to think of an industry that’s not facing disruption. Smart companies are transforming proactively, experimenting with new business models, new strategies, new customer relationships and new ways of delivering their goods and services. Even as companies respond to rapidly changing market conditions, however, leaders must recognize that these kinds of adjustments are necessary but not sufficient. Leaders themselves—and, more broadly, the practice of leadership—must evolve.

To evolve is to adapt. Organisms that adapt to changing environmental conditions are the ones most likely to survive; similarly, organizations that can respond and adapt to turbulent markets will have the best shot at survival. Those that can’t change are in jeopardy. Nokia and Kodak, once esteemed brands and market leaders, illustrate what can happen when an enterprise fails to evolve as the world changes.

What’s true for an enterprise is also true for the people who run them. This moment of unprecedented change is creating the need for new approaches to leadership. It’s time for executives to evolve, to adapt their style of leadership—to jettison the traditional “Command-and-Control” approach in favor of what I call “Engage-and-Align.”

The (Rise and) Fall of Command-and-Control

Following the Second World War, as millions of veterans returned to the U.S. and took key positions inside corporations, they carried with them a Command-and-Control playbook that they learned during their military service. Their hierarchical approach to leadership worked incredibly well, supporting the growth of American industry during the second half of the 20th Century. Macro trends such as the rise of large industrial conglomerates and overseas expansion of American business lent themselves to Command-and-Control systems and leadership styles.

Not surprisingly given its success, Command-and-Control still prevails in many organizations, even if it has mellowed and morphed since the days of “The Man in the Grey Flannel Suit” and “Mad Men.”   Though I rarely hear executives describe themselves as Command-and-Control leaders, I do hear an awful lot of people refer to their CEO or the company’s underlying leadership style that way.

But in this age of disruption, Command-and-Control has outlived its usefulness. Also referred to as Hub-and-Spoke leadership, its centralized authority and hierarchical control orientation slows decision-making and discourages leaders at all levels from developing a sense of authority and responsibility. Its rigid hierarchies promote silo behaviors and passive-aggressive conflict, killing an organization’s ability to acknowledge, understand and adapt to disruptive change. Command-and-Control leaders favor compliance over creativity; they stifle candor, experimentation, and innovation, which in turn suppresses adaptation and speed.

“…in this age of disruption, Command-and-Control has outlived its usefulness.”

The explosion of data currently available to organizations presents an acute challenge to Command-and-Control leadership. More information is being processed in more corners of the enterprise than ever before—to the point where few Finance teams these days can create a “single version of the truth” on their own. As companies transform how they absorb data and develop a shared narrative about reality, leaders run the risk of missing crucial perspectives if they don’t find ways to bring more of their colleagues into important conversations.

Command-and-Control also withers under the weight of globalization and a hyper-competitive networked economy. The strategy and operations of modern corporations have radically increased in complexity, and the need for innovation has spiked. It is no longer tenable to expect one person—the hub in the Hub-and-Spoke model—to adequately understand the breadth of issues, take sole responsibility for decision-making and personally direct the efforts necessary to unlock new growth opportunities.

The Changing of the Guard

Fortunately, a generational change is underway, as an increasing number of Gen Xers and Millennials earn executive positions at large companies. These new leaders bring new beliefs and practices that promise to evolve executive leadership and transform the corporation. They are less comfortable with Command-and-Control behaviors, seeking instead to empower people across the organization to step up and take on greater responsibility.

Instead of directing and controlling, these Engage-and-Align leaders bind together the human resources of an enterprise to work collaboratively, transparently, and candidly. Foregoing an “I tell, you do” approach, Engage-and-Align leaders invest time and energy in creating an inclusive context for work—the environment and behaviors in which people can fuse together productively. This new generation of executive leaders feel responsible for developing a “we” mentality across the enterprise – uniting individuals to form an extended team, a community with shared definitions of purpose and success, capable of aligned and collaborative action within individual teams and across functions.

“Instead of directing and controlling, these Engage-and-Align leaders bind together the human resources of an enterprise to work collaboratively, transparently, and candidly.”

Engage-and-Align leadership is far more complex and messy than issuing commands—which is probably why so many executives today fall back on dictating. Giving instructions provides a sense of control. But Hub-and-Spoke leadership is failing to produce the desired results in too many of the organizations I’ve observed.

Leaders must recognize that their audience has changed. With Baby Boomers in the twilight of their careers, Gen Xers and Millennials dominate the workforce. And these younger people want to be involved; they want to participate in the process of making decisions. Engaging and empowering these next-generation contributors is far more effective than telling them what to do (and how to do it).

Take the strategy development process as an example. In too many organizations, the creation of strategy is still a clandestine, Command-and-Control undertaking run by a small group of executives (sometimes supported by external consultants). I’ve seen very few strategies with these origins well executed. Engage-and-Align leaders, in contrast, open up the strategy development process to a wider audience, welcoming more iteration and inputs. They sacrifice some speed in exchange for a more thoughtful, thorough end-product that in my experience is far more likely to be implemented successfully.

Engagement that brings more people into a process does not mean everyone gets a vote or has a voice in every step along the way. But by providing a forum for dialogue and contribution, Engage-and-Align leaders allow key people across the organization to question, challenge, improve and ultimately understand the plans they are responsible for executing. With a sense of authorship comes ownership—and owners are passionate about bringing things to fruition.

“With a sense of authorship comes ownership—and owners are passionate about bringing things to fruition.”

But engagement alone does not secure the desired outcomes. In today’s complex environment, a diverse collection of people must contribute information, experience, skills and effort to deliver value to customers. Rather than the hub working to coordinate the actions of the spokes, the spokes need to learn to go direct to one another, aligning themselves to ensure effective collaboration.

Engage-and-Align leaders replace a mindset of control with a mindset of alignment. They ensure that each unit contributes to the whole by encouraging the open exchange of information, perspectives and recommendations; they insist that individuals, teams and functions listen actively to better understand the viewpoints brought by others. Engage-and-Align leaders create the environment for adult conversations in which perspectives are effectively debated, decisions are both made and supported, and next steps are communicated clearly. As execution unfolds, leaders maintain alignment by instituting processes that ensure learning, adaptation, course correction and consistent communication.

The Times They are a-Changin’…

Over the past few years, I’ve partnered with several business leaders who have adopted an Engage-and-Align approach and I’ve witnessed first-hand the power it can unleash in energizing an organization to produce extraordinary results. I’ll bet that if you compare the effectiveness of the Command-and-Control leaders in your enterprise to those who are experimenting with new methods of engaging and aligning their people, you’ll notice the same thing.

As I work on a book that offers a deeper dive into these concepts, I will share additional perspectives and best practices on social media. Please feel free to follow me or get connected with Nvolv to share your own perspective. 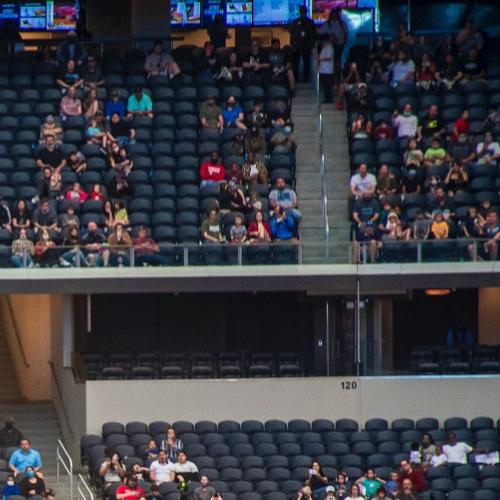 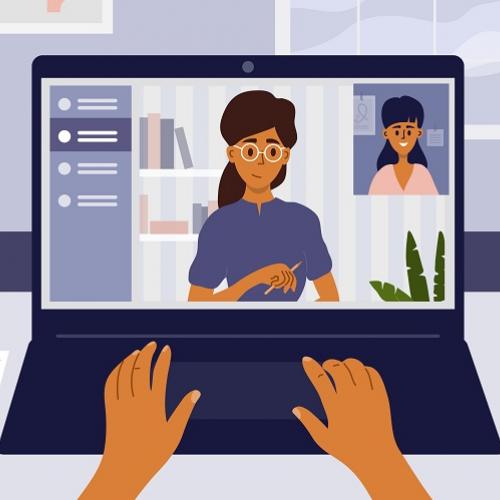 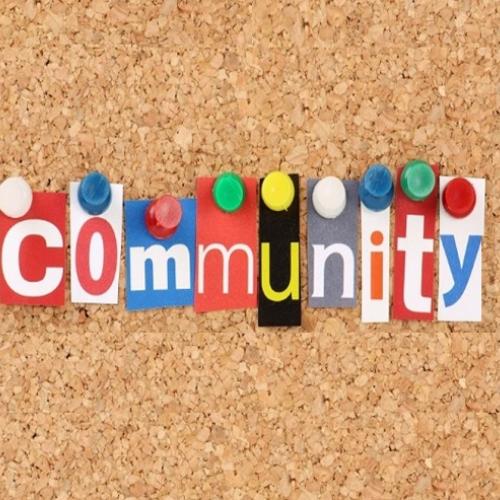 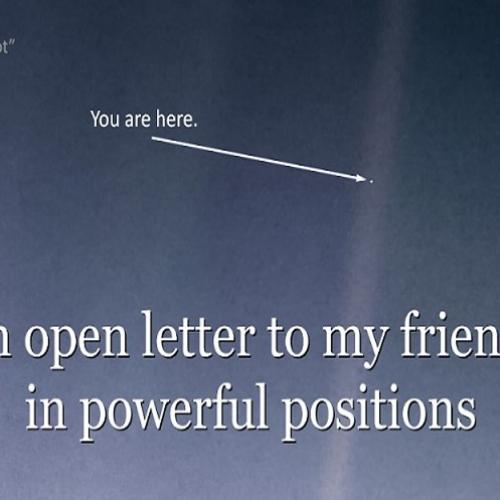